A few months back, AMD dipped to around $10/share right after Bitcoin and all the other altcoins in the cryptocurrency market plummeted.

I know that most people think of Intel when they make a decision to either buy or build a computer. However, despite this, I decided to go with AMD.

DISCLAIMER - This is in no way any financial advice. You are responsible for your own actions. This article is strictly my opinion as to why I chose to buy AMD stocks over Intel stocks. I'm not telling you that you should buy any of these stocks.

Why I Chose AMD Over Intel Stocks

The reason for my decision has to do with a lot of things, and that has to do with the far future and potential that AMD has which greatly outweighs Intel.

For those of you who don't know about Nvidia, Nvidia is basically a tech company known for creating graphics cards (GPU - graphics processing unit).

Graphics cards can be used for a lot of things:

With this in mind, AMD has more potential than Intel, and could potentially rise very high in value just like Nvidia did, but probably not as high as Nvidia right now.

The main reason why I see AMD with the most potential for growth instead of Intel is because AMD creates BOTH CPUs AND GPUs! Not only that, if you think about the increase in demand for gaming, and machine learning based advancements in technology as time goes by, the demand for GPUs keeps going up.

From the point as a stock investor, AMD definitely has the biggest profit in terms of ROI, but it will have to be a long term game to really benefit from it. If you compare the price of a AMD stock to a Intel stock, it is way below Intel. AMD is currently $15.75 thanks to Trump and tariffs, and Intel is at $52.51.

In conclusion, with the increase in demand for self-driving cars, AI-related innovations, machine learning, and for better and faster graphics cards for gaming and entertainment, AMD has the most potential when compared to Intel. In the long run, AMD has the most amount of room for major growth. Even though AMD is not $20/share right now, based on how things are progressing now, I think they will hit $20/share either by the end of this year or by the first half of 2019. Now you know why I chose AMD over Intel. 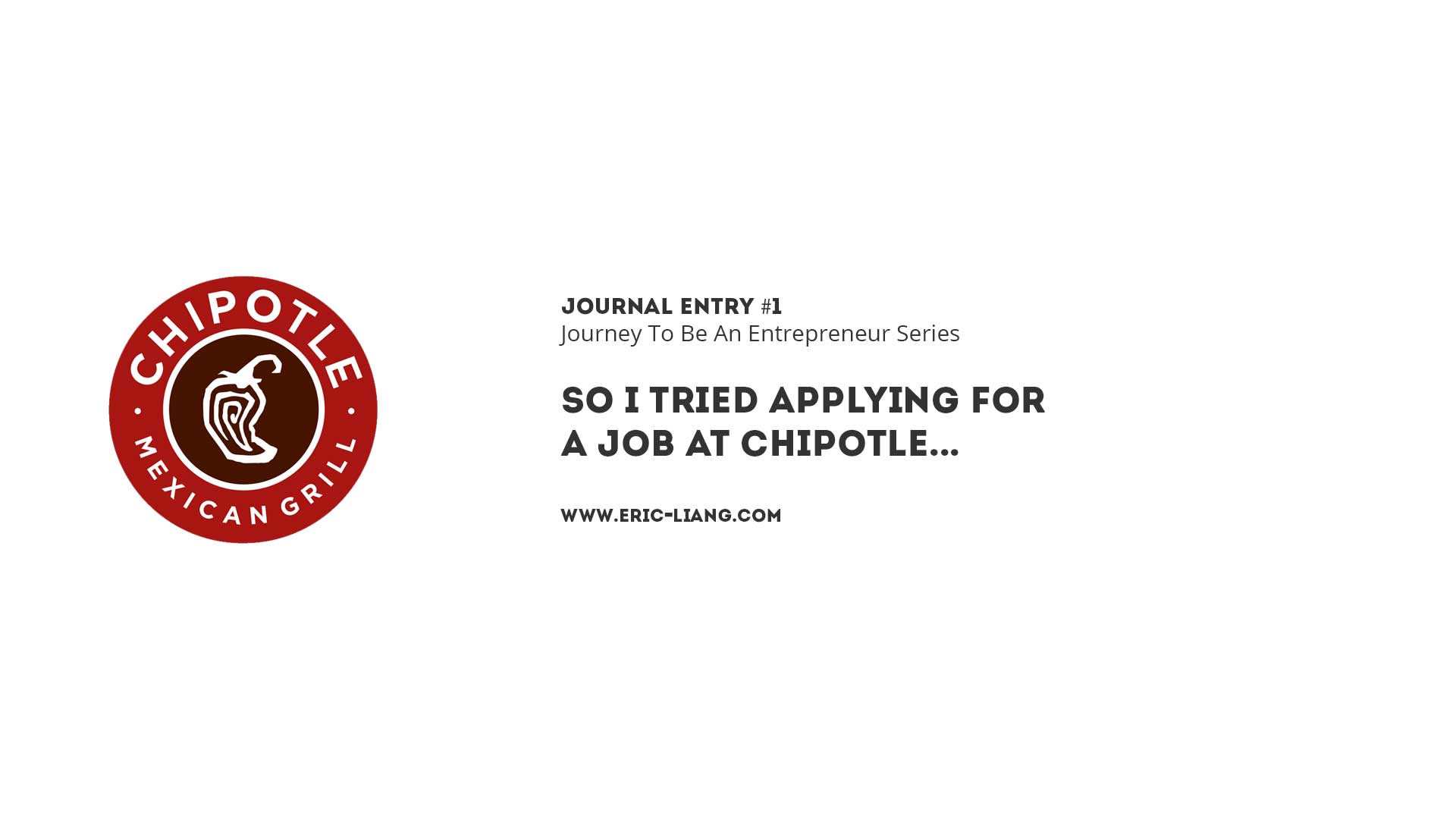 Journal Entry 1: So I Tried Applying for a Job At Chipotle...

When it comes to trying to succeed as an entrepreneur, it's not easy. There comes a point where money takes the highest priority before one can continue pursuing something of high risk, in this case, entrepreneurship. During the timing of [Read more]

A fellow Cal Poly Pomona "senpai" once introduced to the participants of the HackPoly 2017 hackathon that he created an API called "Food2Fork." This API provided users with popular recipes shared online. As a sophomore studying [Read more]